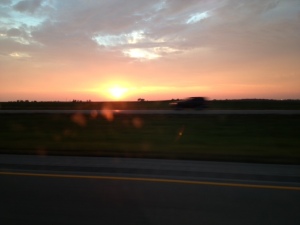 Zeke Emanuel has unleashed a bit of a stir with his recent article in The Atlantic Monthly, “Why I Hope to Die at 75.”  In just the past week, two responses to Emanuel have appeared in the Chicago Tribune, one by Mary Schmich, a regular Trib columnist and the other presenting an opposing view from a Chicago physician. My own posting of the link to the article on the Facebook page for clergy in my denomination generated a flurry of responses.

He makes a pretty strong and reasoned case for 75 years as a complete life. Even though there is loss for family when someone dies at that age, he writes, there is an equally compelling loss for living beyond that. (Really you should read the article.) I don’t think you have to agree with everything Emanuel argues to be grateful at way he has opened up and important and significant conversation. Emanuel labels our obsession with prolonging life, “The American immortal.” We snicker at the ancient Spanish explorers galavanting around the Americas searching for the fountain of youth; yet we have made their search look sane compared to the amount of money we spend to put off the inevitable. He writes, “I think this manic desperation to endlessly extend life is misguided and potentially destructive.”

I couldn’t agree more. As someone whose vocation is in part to help guide people spiritually through the end of their life and into the life beyond, I have seen the incredible burdens the denial of death places on persons and their families.

And it has often struck me in the middle of it all that we seem to pay only lip service to what is at the heart of our faith, namely, that the gift of life that we have here, while important and significant, is temporary, the down payment on a life that will last through our physical death. What does it mean, for instance, for Paul to write in his letter to Philippians, “For me to live is Christ, and to die is gain?” We’re happy to talk about the part about living in Christ now; but we act as if we don’t believe the part about dying as gain.

Even more troubling to me is the way we clutch on to this life with a white-knuckled grip. We seem to be willing to go to any expense, any trouble, and grasp at any thin hopes in order to prolong what we know rationally to be only temporary in the first place. Eastern religions have long suggested that we can only find happiness, fulfillment, and satisfaction in life by letting go, holding on loosely, if you will. And while this thematic thread hasn’t been emphasized in western Christianity, I wonder if it might be in part what Jesus was getting at when he said, “Whoever tries to keep their life will lose it, and whoever loses their life will preserve it.” (Luke 17:33)

I wonder further about how the notion of the stewardship of life plays into all this. Emanuel makes a glancing reference to the matter of stewardship when he talks about using up resources that might support the coming generation when we enter into costly treatment after treatment only to stave off for a time when we all know is inevitable. I think the matter of the financial cost of extraordinary medical treatment is worth thinking about, but I think it goes even deeper than that. The emotional energy required to care for the feeble and frail is staggering and often issues in both emotional and physical exhaustion. I ask again: for what purpose? To stave off for a time what we know is inevitable.

Some of the criticism of Emanuel has been of his equivalence of creativity and productivity with the worth and value of a life. What about relationships? Relationships give value and worth to people; relationships are important, enduring, and nurturing beyond physical and mental vitality. There’s no question about that.  Yet that’s only one side of the equation. These relationships, too, are only temporary; we talk about the persistence of relationships beyond death, though I’m not willing to say with precision what that means. At the least, it’s not necessary to put a one-sided value only on relationships this side of physical death as if that’s all there is.

Some of the negative reaction has been to point to examples of creative and productive life after 75. Emanuel doesn’t dispute that. Neither do I. What’s at issue is that at some point, all of us have to come to terms with this reality: our life is temporary; we are going to die. And to grapple with the question of the cost of prolonging life by medical intervention, often extensive and expensive medical intervention.

I’m prone to agree with the heart of Emanuel’s argument. I might argue about whether 75 is the age; maybe it’s 80 for me. More than that, I want to cultivate now the character of hanging on to this life loosely. I want to live it in gratitude, to steward well my physical, emotional, and intellectual health, to live in the vitality of good relationships with my family, friends and others whose accompaniment on this journey brings delight. I want to participate in the work God has given me and us toward the redemption and healing of the world. And I want to live every day in the knowledge that it’s temporary. When it’s over, I want simply to give thanks and live into the fulfillment that I cannot even imagine.

About ten years ago, I taught a several session adult forum at our congregation exploring the Christian theology of death. Through the course of those six weeks, we had some pretty amazing and candid conversations. There was something significant about opening a necessary and helpful conversation for which no one seems to want to break the ice. I’m glad Zeke Emanuel has given us another opening.