For the past week we’ve been been living in a temporary home just a block or so from Garrett’s Bay at the very northern tip of the Door County peninsula. The daily change of the ice and water on the bay has been a source of endless fascination for me.

When we arrived on Saturday, March 25, the bay was mostly covered with ice. It wasn’t a clear, unbroken sheet of ice; rather chunks that seemed as if they had long been broken and fused with the heating and cooling of the outside air. 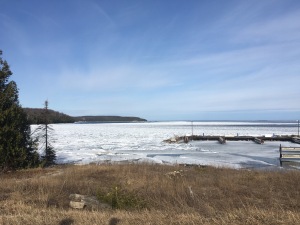 Later on in the week, a north wind blew in and the ice got scrunched up close to the shoreline as if a big snow shovel had entered the mouth of the bay and cleared the ice off most of the water. (Wish I had  picture of that, but didn’t think to take one.)

When the wind stopped blowing, the scrunched up ice loosened up again and a big patch of it floated out into the open water of Green Bay.

The warm temps over the weekend dramatically hastened the melt. You can see from these pictures just how much difference five days makes. 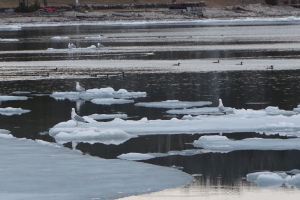 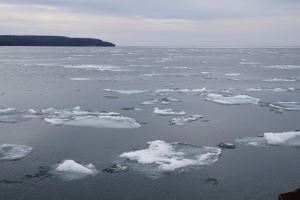 Now this morning, the ice has pretty much disappeared from bay. For the past few days, temperatures have been pretty consistent through the day and night, hovering between the mid 30s and mid 40s. Still I find it astonishing that the ice the virtually disappeared in just 12 hours. 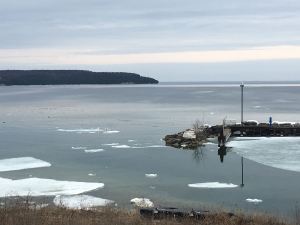 It’s raining today. Wonder if that will be enough to melt the few remaining chunks. You can be sure I’ll be watching.

4 thoughts on “Watching the Ice Melt”