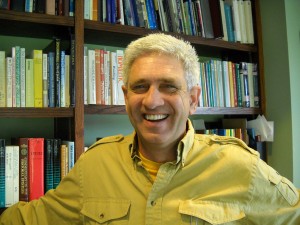 In October, 2014, I was invited to Luther College in Decorah, Iowa to participate in the festivities for Homecoming Weekend, and for the inauguration of their 10th President, Dr. Paula Carlson. It was such an honor to be there. I had the privilege of preaching for the morning chapel service, and then serving on a panel for a symposium that President Carlson had called dealing with the relationship of faith and literature, a particular interest in her own research and writing.  I shared the dais with three esteemed academic scholars, Dr. Jacqueline Bussie (Concordia College), Dr. Peter Hawkins (Yale University), and Dr. Robert Schultz (Roanoke College). Each of us were to give some remarks with respect to our vocation and the intersection of faith and literature. Today I offer the first section of my remarks. I’ll follow with the second installment on Thursday.

I suppose we all have a variety of ways we could frame our vocational journeys. Here’s one for me:  my vocational journey has been one of seeking the truth, seeking after The Truth, trying to understand the truth, and how we can live truly before God, with each other and in the world.

Having lobbed that opening salvo, let me step back for a minute and tell a little about myself. I grew up as the oldest child of Lutheran Church — Missouri Synod (LCMS) parents; my grandfather was an LCMS pastor. I came to this institution (Luther College) at age 18 intending to be a musician. I discovered that music was much more an avocation for me than a vocation. In other words, I didn’t want to work that hard or practice that much. I felt like I had to figure out quickly what I wanted to do with my life — a misplaced notion, to say the least. I determined pretty quickly to pursue a vocation as a pastor in the church. Because I had been raised to observe a sharp distinction between denominations, I transferred to an LCMS college, eventually attended an LCMS seminary and entered pastoral ministry. I was very much steeped in the notion that theology was a set of propositional truths. My job as a pastor was to make sure people knew the truths necessary for their salvation.

The first 15 years of pastoral ministry was a long journey of discovery towards authentically engaging the scriptures, the church, people, and what it means to be a pastor. I discovered through experience that story is fundamental, basic, and essential to human existence. We eat, sleep, poop, have sex — but mostly we tell stories. When we talk to each other, that’s what we do. Some of us tell stories exceptionally well. Those stories help reveal the truth — about life, about God, about being human, about how we relate to each other.

Wallace Stegner is one of my favorite novelists. For years, he was the chair of the Creative Writing program at Stanford University.  He used to tell his students, “We have no agenda but to tell the truth.  Of course, what I’m getting at is the deep truth about human life that is not always accessible through mere facts.”

Jesus told stories.  His parables are known far and wide both inside and outside the church.  When we try to understand Jesus’ parables, we have to know that they tell the truth slant, to use a phrase of Emily Dickinson. They evoke rather than prescribe. That’s true also of literature and the way it speaks to matters of faith and life.

An important discovery and a really life-changing vocational moment was when I came to see that the Christian faith is fundamentally relational; it is not propositional, it is relational. The mystery of the Trinity is a relational mystery, not a propositional truth. Throughout history, God has interacted with people relationally, not propositionally. God bids us to live with one another relationally. Relationships don’t rest very well on propositional truth. It just may be that the only way to even begin understanding anything true about God is to tell stories about how God is and what God does, which is exactly what the Hebrew and Christian scriptures do.

We can treat relationships clinically; when this happens do this; when that happens, do that. There’s some value to such exercises. We learn a lot and we learn differently through story. In the Wendell Berry story, Jayber Crow, Jayber, an introverted, balding bachelor-barber, has a deep affection for Mattie Keith Chatham, an attractive neighbor-girl. Mattie grows up, marries the local all-American boy,  bears, rears, and begins burying their children. When he realizes that Mattie’s philandering husband Troy will never be faithful to her, Jayber breaks off with his own girlfriend, and vows to be the husband Mattie deserves, even though his relationship with her will always be one-sided.  As Jayber’s one-sided passion for Mattie grows, so does his compassion, and he is able share in the sufferings of all his neighbors. In this story, romantic longing becomes the seed not only of a deep and broad human love but also for salvation itself.

(In the next installment, I offer more examples from a few of my own favorite authors, and reflect briefly on my vocation as a writer.)